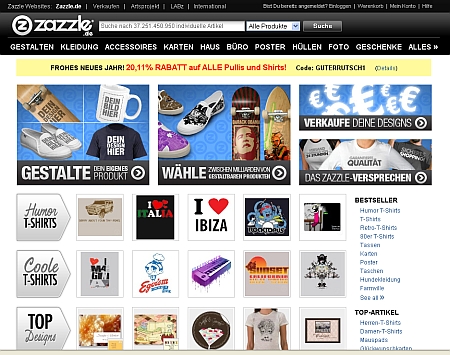 How was your first year on the German market?

It’s been explosive! We launched the www.zazzle.de website on September 18, 2009, just over one year ago. In our first year, we’ve seen 312% growth, and that’s on an already established base of international sales to German customers. We’ve seen thousands of creative Germans join the Zazzle community as sellers, earning money by selling their own designs and creativity through the Zazzle platform. There is still a lot of work to be done to further localize our German website, to better merchandise relevant products, and to attract even more excellent German sellers. But the German market is exciting because it is large, connected, and absolutely on the leading edge of the customization movement.

What motivated you to expand to Germany?

We launched the Zazzle website in September 2009, after noticing that Germany was already a popular market for Zazzle products ordered from our website. We knew from our experience that Germans were interested in Zazzle, even when the site was only in English and not localized for the German market. We began to discover the creative and expressive nature of the German people, and the natural fit of Zazzle for such a market. Really, it’s this creative spirit amongst Germans that has driven much of our success so far with the website, and we expect that to continue to be the case moving forward as we are able to make more and more Germans aware of what is possible with Zazzle.

Is there a country you wouldn´t expand to at the moment, but maybe later?

Our vision is to redefine commerce, powered by the world’s imagination. So one day, we hope to make Zazzle available to everyone around the world, in their own language and in a way that is uniquely tailored to their own local culture. For now, we’ve been keeping a close eye on China. The population is huge, and the market opportunity is growing. That said, there are many challenges to operating a business like Zazzle in China. So, for the moment, while we remain highly interested, we are only monitoring the opportunity in China.

From your point of view, in which aspects does the German market differ from other local markets you have dealt with?

In general, the German market is extremely knowledgeable when it comes to online shopping. Additionally, user-generated content and on-demand manufacturing are also concepts that are quite familiar to most Germans at this point. This is great for Zazzle, as we don’t need to spend much time explaining to Germans what Zazzle is and how it works.

Your t-shirt designers are connected internationally. How could this interconnection be implemented so successfully?

We spent a great deal of energy and effort to develop an extensible technology platform, that could be quickly and easily localized for different foreign markets. It was a big challenge, but just as with so many other parts of our business, it was our early commitment to building scalable solutions that has allowed us to grow our international presence so quickly.

How satisfied are you with your active user community? Which opportunities for their interaction do you offer yours customers in the shop, which tools do they like best and which do not work?

Our seller community is incredible! They are a huge part of our success and there are many sellers earning full-time income with more than $100,000 per year (75.000€). Our sellers communicate with each other through comments, direct messages, and in our forum. The Zazzle Forum features a vibrant discussion every day that includes not just members of our seller community, but also buyers and casual visitors.

Do you think that a strong community is necessary for mass customization?

It might not be necessary, but it definitey helps to fuel growth. Zazzle’s approach has been to empower individuals not just to design and purchase their own products, but also to make them available to other shoppers around the world. That marketplace and sharing component has been the primary driver for our continued growth.

In which countries do you want to start next?

…You’ll have to wait and see the sequencing. But, eventually, it will be all countries. 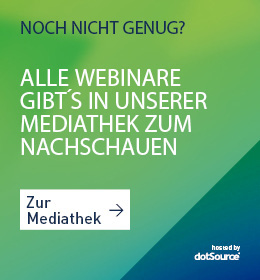 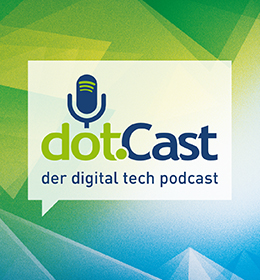 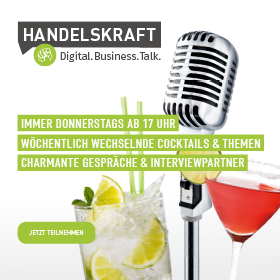 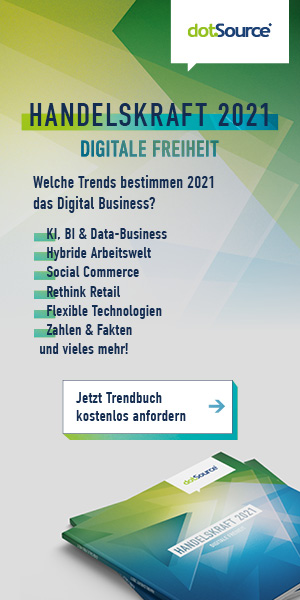